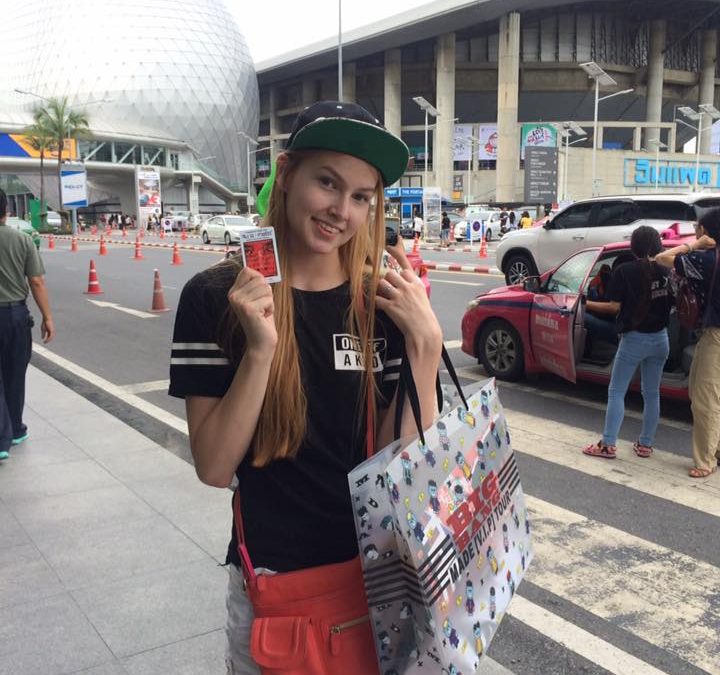 Hello everyone! This past Saturday I got to attend the GDragon concert at the Bangkok Impact Arena. GDragon is my favorite Korean singer/rapper and after 5 years I finally was able to see him in concert! In this post I am going to talk about how to buy tickets to a concert in Thailand, the best ways to get to the venue, and some differences I noticed between North American and Thai concerts!

Ticket purchasing is set up pretty similar to how North American concerts are set up. I purchased my ticket at www.thaiticketmajor.com – which is essentially TicketMaster in Thailand. The first thing you will have to do is set up an account and login on this website. For this, you will need your passport number if you are a foreigner. After your account is verified, you are free to purchase tickets on their sites. For big concerts like GDragon, they set a time tickets go on sale, in this case it was 10:00am Thailand time. Keep this in mind if you plan on booing from the United States or anywhere else, or you might not get the ticket you want. So since the tickets go on sale at 10am, the queue will start at 9am. This will give you a number that reserve your spot in the line, and when it hits 10:00 the line starts moving. So if your queue number is 100, you are the 100th person in line to get a chance to buy your tickets. So the first page you will get is a big seating chart of the arena. This part is different than in the U.S. In the U.S, if you purchase a front row ticket and a 25th row ticket, the prices are drastically different. In Thailand- the prices of these two seats are the same. In Thailand all tickets in the SAME section are the same price. So that is why getting thee queue is very important! So after you pick your seat, you will go to the confirmation pages, payment pages, and finish paying for your ticket. Most tickets are not available for print out, instead they send you an email verification and you will bring that to the venue to get your ticket. If you follow the BET Impact and Impact Arena Facebook pages, you will find lots of information about when tickets go on sale, and the map that shows how much each section’s tickets will cost! Overall my first time buying a concert ticket was a success!

Bangkok is the hub of Thailand for concerts. Artists from around the world come and perform here each year! Most of these large scale events are held at the Impact Arena. The Impact Arena is located near Bangkok’s budget airport- Don Mueang (DMK). Many websites will suggest you stay at the expensive hotels next to the venue, but it really isn’t that necessary with the amount of cheap public transportation Thailand has to offer. The way Poom and I took was super fast and easy, we had no complications and it was very cheap compared to taking a taxi all the way, or staying at a $140 hotel. So you can either take the BTS Skytrain, a bus, or a taxi to Victory Monument. For us, we took the taxi because we are close and it was too hot outside to wait for the bus haha. After getting to Victory Monument, find where all the bus’ are loading and unloading. There you will also find lines of white vans. Vans and the bus there are about the same price, but taking the van is faster! Victory Monument is a super convenient place to help foreigners get around Bangkok. It will take you to Chinatown, Dream World (Thai amusement park), the Grand Palace, and much more! We got to the arena in about an hour, and it only costed us about 2 dollars per person. If you go to the Impact Arena official website, they can show you ways to get there from each direction and form of transportation, it is super helpful!

Merchandise at concerts! At this concert there were tons of merchandise tables set up outside the arena itself, along with the official merchandise tables set up inside. The merchandise outside was crazy cheap!!! This was also another circumstance where if I walked up and asked how much a T-Shirt was and Poom did the same thing 2 minutes later, they would tell him a cheaper price because he is Thai. So I just told him what I wanted haha. He was also able to bargain with the salespeople who were just desperately trying to sell the merchandise before the concert started. I ended up getting 2 shirts, 5 posters, and the glow-stick for only $15!

Something that throws a lot of foreigners off, (not me because I’ve experienced it before and expected it), is when before the concert begins, they actually play the national anthem, and stand up and pay their respects to the King. A lot of the foreigners at this concert were looking around and confused haha. Just know that this happens at a lot of places. They also do this at the movie theater before the movie begins. As a foreigner it is just respectful to stand up and go along with it. The Thai people really appreciate it!

Just some final things I would like to let you guys know. If someone is trying to sell you tickets outside the arena, there is a pretty good chance they are fake- so don’t buy them! Also there are people outside who will want to buy your ticket or extra tickets you may have.  Also, at this concert I went alone, Poom came with me but he didn’t have a ticket actually, so he waited for me outside. (He’s awesome!!!). Anyways there are lots of things to do and places to go around the concert area. There is a Burger King, Pizza Company, there is a food court inside the Impact Center, Watsons, Starbucks, McDonald’s, KFC, Dunkin’ Doughnuts, and lots of Japanese, Thai, and other Asian restaurants.

Overall my first Bangkok concert experience was awesome! I definitely hope to go to more concerts here in the future!! Yeah and GDragon was fabulouuusssss by the way!! 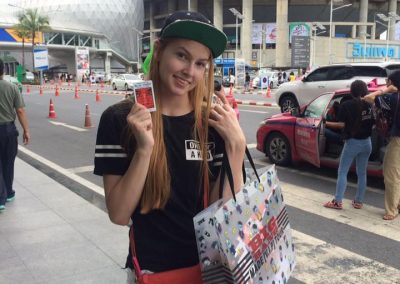 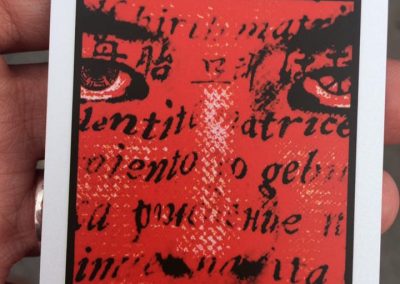 This is my “ticket” to get into the show 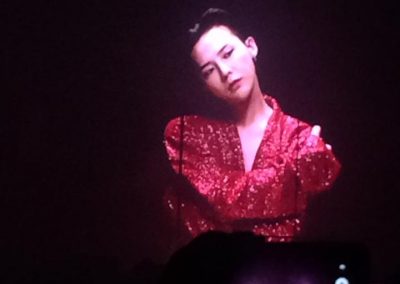 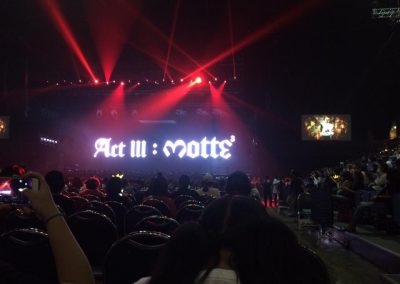 Waiting for the concert to begin 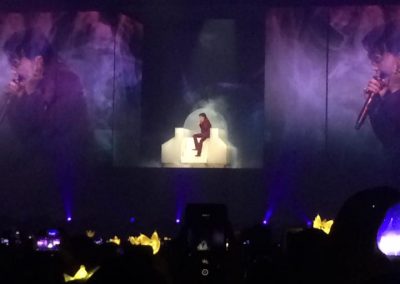 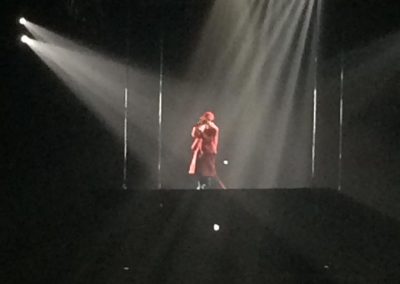 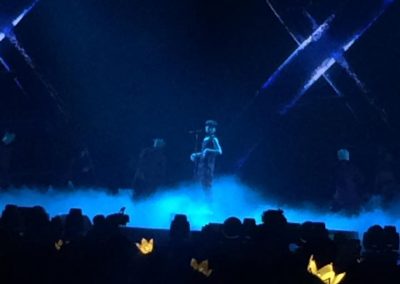 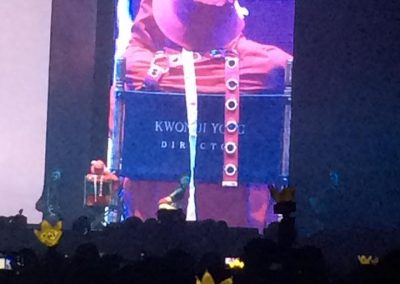 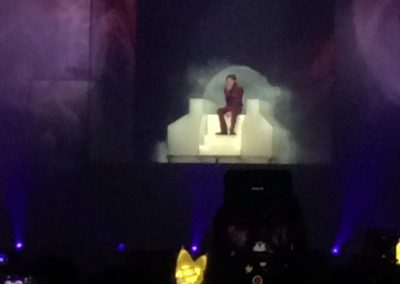 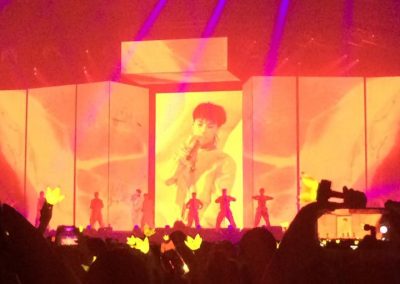 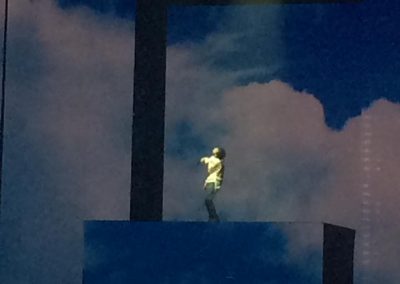 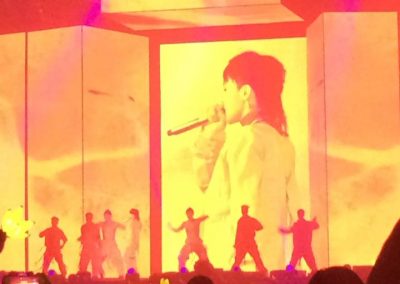